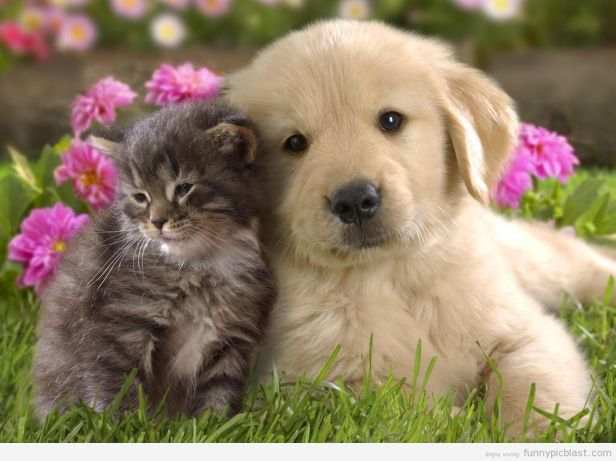 While recreational marijuana and medical cannabis have seen an amazing growth in sales, research, and general expansion in just this past year alone, there is another side to it all that you may or may not have noticed – medical marijuana for your sick pets! Some of you may find it hard to believe, but as always, the material in this article and throughout the rest of the site are here to provide you with the facts, research, scientific evidence, and even firsthand accounts of how effective cannabis is! Read on.

The following is a collection of news articles, research literature, and peer reviewed medical studies discussing cannabis as a medicine for treating ailing animals with medical marijuana (which was actually a common practice for horses for thousands of years!)

Medical Marijuana for Animals: A Case for Compassion – page on People for the Ethical Treatment of Animals (PETA)

Medical Marijuana Can Be Safe Treatment for Pets, Experts Say – May 2012 article on the Inquistr.

Do keep in mind that a vast majority of current research into medical marijuana is actually first tested on animal models. The results have without a doubt been amazing as lab mice, squirrels, monkeys, and more have all recovered from various injuries and ailments including broken bones, induced tumors, brain damage…the list can actually go on.

With that said, below is a short compilation of videos, news recordings, and testimonials of how cannabis has aided someone’s favorite furry companion.

Medical Marijuana For Your Dog? – CBS New York – Darlene Arden (3 min)
CBS news clipping from Dec 2013. Here, several dogs’ lives are shown to have changed for the better because of medical cannabis.

ANIMALS & MARIJUANA – The Evolution of Getting High (3 min)
A short video explaining how the endocannabinoid system and cannabinoids evolved along with animals. A scientific and educational video.

Whether you are finding this information shocking, pleasantly surprising, and ideally highly informative, there are a few things that need to be pointed out:

1) Due to Federal restrictions on research – the amount of studies focused on cannabis as a viable treatment for pets is limited. Hundreds, if not thousands of doctors, researchers, and veterinarians would love to push forward with clinical trials, but unfortunately marijuana’s classification as a “Schedule I drug with ‘no known medical uses that is worse than cocaine and heroine” proves to be a major roadblock despite the fact that the Federal classification is completely wrong. (So seriously, please help legalize this wherever you are by voting properly and by discussing medical marijuana with the people you know so that word can spread).

2) There is caution to be had if you decide to try treating an animal with medical marijuana. Although there are thousands of anecdotal evidence supporting marijuana as a great treatment to give your pets, proper dosing has been hard to establish due to what was stated above. It is very possible to give an animal too much marijuana to the point that they get sick and pass out. Do note that marijuana will NOT kill your pet, and that an overdose will eventually go away with time and proper hydration.

3) There are non-psychoactive ways of administering cannabis. Cannabidiol (CBD) oils, one of the most therapeutic compounds contained within the cannabis plant, are being made more and more available and do not produce the “high” that most people associate with marijuana. In other words, this is a completely safe and non-toxic, non-psychoactive way of treating an ailment whether it be in a human or in an animal.

4) Cannabis is far safer than prescription pills, even for pets. Every 19 minutes someone in the United States dies from a prescription overdose. Marijuana CANNOT KILL YOU with an overdose. The explanation? Cannabinoids in the Marijuana plant do not attach themselves to the brainstem which regulates breathing and heart function; opiates and synthesized medicines that work to block receptors in your body do.

As always I hope you found this article informative and helpful. Please like, comment, but most importantly share this with the people you know. Fighting the ignorance surrounding the amazing cannabis plant has been long and hard but with the progression of education, information, and research going into marijuana, society is finally coming around to giving this plant a chance. It’s capable of so many beneficial boons and soon, we’ll all see what cannabis can do.

5 thoughts on “Medical Cannabis for Fido and Fluffy”