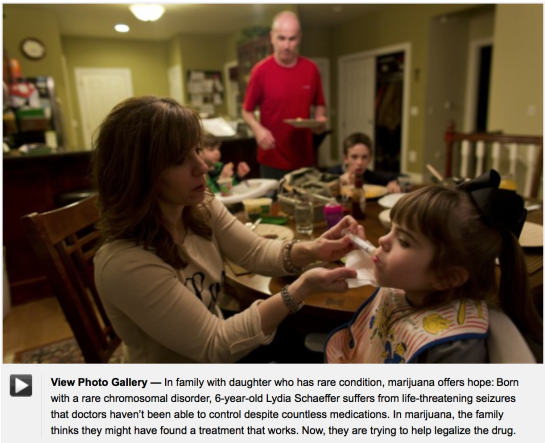 Standing in a Wisconsin State Capitol hearing room surrounded by parents hugging their seriously ill children, Sally Schaeffer began to cry as she talked about her daughter.

“If it was your child and you didn’t have options, what would you do?” she said during her testimony in Madison on Feb. 12.

The representatives were so moved that they introduced a bipartisan bill to allow parents in situations similar to Schaeffer’s to use the drug on their children.

Emboldened by stories circulated through Facebook, Twitter and the news media about children with seizure disorders who have been successfully treated with a special oil extract made from cannabis plants, mothers have become…