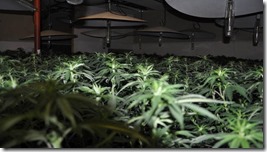 Marijuana is one hundred percent a form of medicine, researchers conclude in a bombshell series of reports released today by the Journal of the American Medical Association.

Cannabis — which has been used medicinally for thousands of years — reduces nausea, and vomiting, and pain, as well as spasticity, a panel of researchers conclude, after reviewing a total of 79 trials.

“Use of marijuana for chronic pain, neuropathic pain, and spasticity due to multiple sclerosis is supported by high-quality evidence,” one of the reports found.

Researchers bemoaned the lack of high-quality trials of marijuana. That situation that can be laid at the feet of cannabis prohibition. The federal government maintains cannabis is a highly dangerous drug with no medical use. Researchers must cut through more red tape to research a pot…